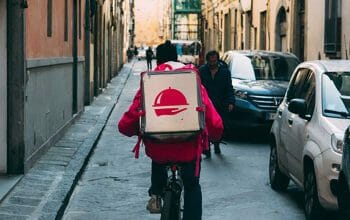 Often underpinned by irregular and late payments, gig economy workers face many vulnerabilities that those in full time work do not face. Sick leave, regular appraisals and pensions are all things that freelance workers do not have the luxury of receiving despite many being at the same company for a number of years. It is estimated that 1.1 million people make up the gig economy workforce in the UK and, according to research by Ipsos Mori, the vast majority of workers are male with only 31% being female.

Despite the payment structures having stark differences from the mainstream world of work, the gig economy, unfortunately, is also blighted by a gender pay gap.

The gig economy, can be defined as  “a labour market characterised by the prevalence of short-term contracts or freelance work, as opposed to permanent jobs”. Those short term contracts can be various, all done at the same time. A practical example of the way the gig economy works would be, for example, to work part time for a design company, while complementing the income with 2 or 3 hours work per week as a lecturer for an University. In the evenings, look for extra work from websites like upwork or other freelance websites.

In 2017, the TUC reported that female agency workers earned £80 a week less on average than men in equivalent roles. Research from YunoJuno had similar findings and found that, in creative industries, men’s day rates were on average £15 higher than women’s.

Recently the Institute of Fiscal Studies has released a report stating that inequalities in pay and opportunities in the UK are becoming so extreme they are threatening democracy.

Nick Woodward, CEO of ETZ Payments, provides commentary on how the gender pay gap extends into the gig economy:

“As a relatively new and emerging concept, the gig economy should be acting as a disruptor and be paving the way for equality in payments across genders. One issue with the gig economy is that it’s tainted by late and inconsistent payments that negatively affect both genders. Companies rely on archaic methods that often result in human error and people chasing payments. One way to achieve better payments for both genders is to update these payment systems so people are paid regularly and without error. Once this has been done, it will be easier for companies to notice irregularities in payments and hopefully address the gender pay gap.” 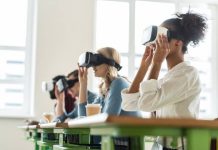 The Launch Event of LynKey’s NFT Marketplace: A Peek into the Future of Blockchain, NFTs, and the Metaverse for the Real Estate and Tourism...

Beyond Cloud Video Interview with Jim Darragh from Abiquo

Seven Risks of Being a Social Business

Products Between the Pages: Pitching Your Product to Magazine and Catalogue...