“Men of the House” is the first television show pilot financed exclusively through a sale of NFT. TokenSociety.io introduces a new ERC standard token that allows multiple owners and pays commissions to creators across all NFT platforms. 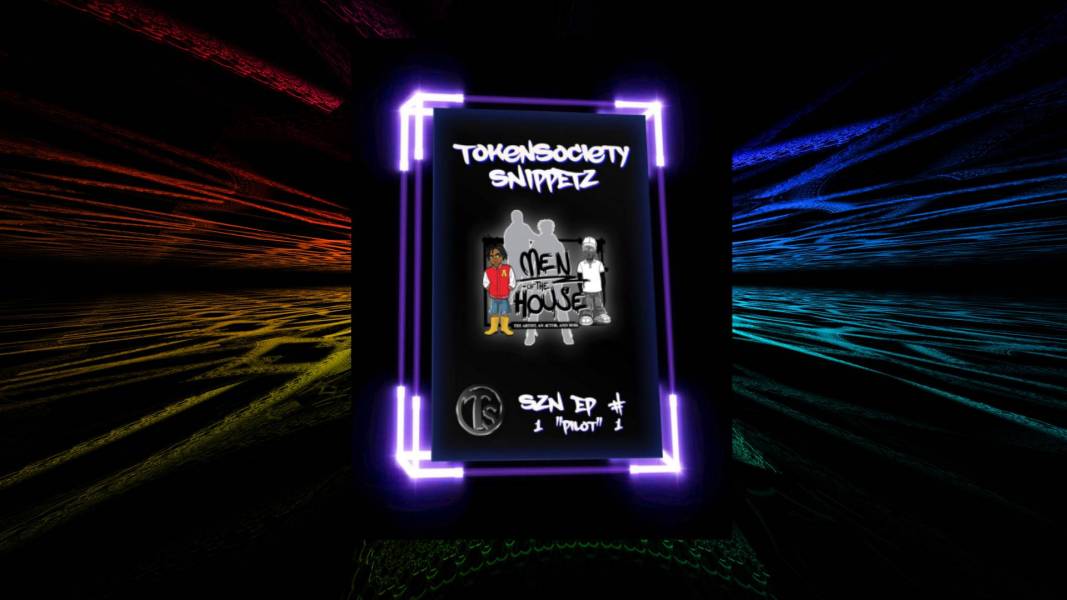 “Men of House” is the first television show pilot financed exclusively through the sale of TokenSociety’s NFTs called “Snippetz”. The First NFT Drop, “Men of the House SZN 1 – Pilot Episode”-  is composed of 60, 30 second sequential clips of the show (Snippetz) which were purchased by a private group of NFT collectors.  Snippetz for future episodes will be created and distributed randomly to the pool of NFT buyers who subscribe to that specific episode (NFT Drop) on the TokenSociety.io platform beginning in November 2021.

“The process of funding the pilot for “Men of the House” using TokenSociety was amazingly stress-free and allowed me to entirely focus on the creative side of my project. I have full financial backing with complete creative freedom, which is unheard of, especially as a first time director.  As a creative person there isn’t a better situation to be in to bring your project to life. TokenSociety is a blessing.” – Levelle G. Benson, creator, writer, producer of “Men of the House.”

In addition to owning the Snippetz, each of the Snippetz created for each episode will have a secret real-world experience or physical item associated with the NFT pertaining to that specific episode. These include the opportunity for one Snippetz Holder to take part as a cast member on a future episode and three additional Snippetz holders will be given the chance to visit the set for a meet and greet with the actors during production of the show. Those who purchase at least 30% of the Snippetz from each drop can also earn an Executive Producers Credit for that specific episode. In addition, those who purchase Snippetz in any of the episodes will also be eligible to win additional prizes such as an all expense paid trip to Belize to watch the filming of the final episode of season 1.

Each future episode will feature a celebrity guest cameo and music from up and coming independent music artists.  Those who wish to purchase “Men of the House Snippetz” will be given the choice of which episode they would like to purchase knowing exactly which celebrity will make their appearance.

Recently, NFTs in film have been growing in popularity. The first major film to introduce NFTs was Godzilla vs. Kong with great success. The new Space Jam movie was accompanied by 91,000 NFTs as free and cheap collectible digital cards. John Wick, The Hunger Games, and Mad Men are also planning on releasing NFTs to supplement their franchises. The rationale for the studios is to increase fan engagement and open up new revenue streams.

Aside from being the first successful Snippetz Drop on the TokenSociety platform, the NFTs created for “Men of the House” are also the first of a new extended ERC standard token introduced by TokenSociety that pay NFT creators flat commissions rather than a percentage of the sale, wherever and whenever their tokens may be sold or transferred in the future.

Gregory Magarshak, Platform Architect and Lead Developer of TokenSociety explained, “All NFTs support the basic interface, known as ERC 721, that enables basic functions such as transferring a token. Commissions are usually charged at the level of the marketplace, such as on OpenSea or Rarible. In order for commissions to work across all marketplaces, we included them in the NFT smart contract itself. A “flat fee” commission must be paid to the token creator by the purchaser, prior to the token transfer. Since people can make any sort of payment arrangement outside of the blockchain or transfer the NFT between wallets for no compensation, the commissions are designed to be a flat fee whenever the token is transferred between wallets. He added, “After publishing TokenSociety, we plan to publish this as an open ERC standard, hoping it will be adopted by other NFT platforms, just as ERC1155 has been. Although we have come up with our own formula for commissions, we have made the interface general enough that others can come up with their own formulas.”

An additional unique feature of the new TokenSociety ERC Token is the ability to assign multiple recipients of the NFT Sale proceeds and/or multiple owners of future commissions or royalties who each collect their percentage each time the commission or royalty is paid in the future.

Aside from project financing, TokenSociety.io will soon launch its NFT marketplace featuring high-end digital and physical art as well as one-of-a-kind collectibles.

TokenSociety.io is a curated NFT Minting Platform and Marketplace which allows its users to create NFTs for various purposes including entertainment project financing as well as documenting the ownership and provenance of real-world assets.  TokenSociety is the first NFT Platform that allows creators to charge a flat-fee royalty for all future sales of their NFTs which can be paid to the creators across all other NFT platforms. TokenSociety.io is also the first NFT platform to allow its creators to mint NFTs with multiple owners and/or recipients of future royalties.

Sustainable Fashion: This is How Londoners Are Defining It

Lean In: Sheryl Sandberg´s Digital Manifesto for The Modern Women

Easy Ways You Can Drive More Traffic To Your Website