There was once a time when it took tons of equipment and manpower to create quality video content. Then technology advanced, and it became possible to record video with a consumer-grade camcorder. But you still needed professional-grade software and a powerful computer to edit the footage. Otherwise, you had no choice but to look at raw, uncut footage in whatever order it was recorded. 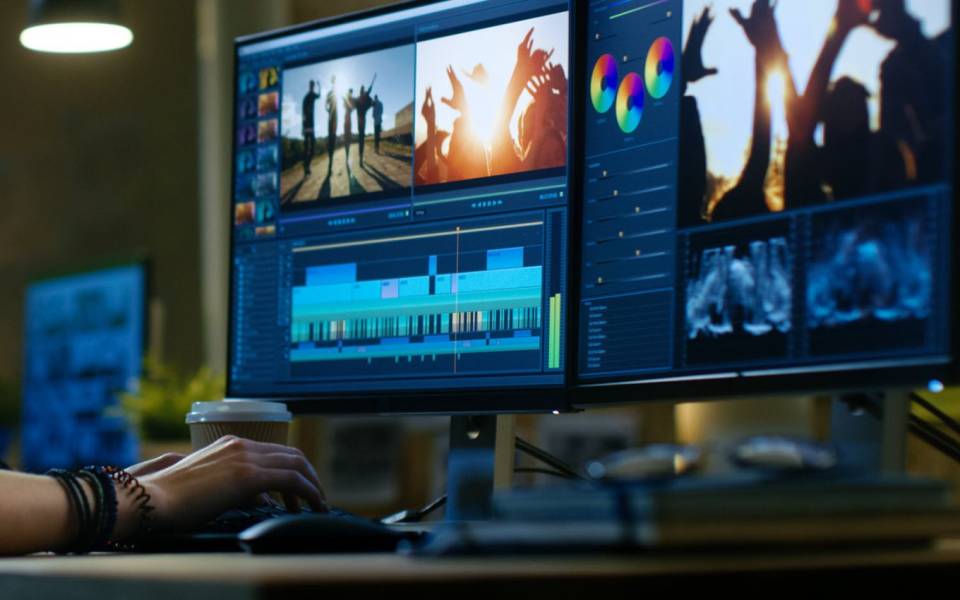 Then, once again, technology advanced further. Suddenly it became possible to record, edit, and publish video content with little more than a smartphone and a laptop. The age of viral videos and YouTube celebrities had arrived!

But there are still limitations. Fortunately, technology continues to improve in ways that make advanced video editing techniques more accessible. From adding special effects to balancing audio, software is helping up-and-coming filmmakers as well as ordinary content creators to create beautiful visuals that come together to tell an amazing story.

One example of using advanced software to enhance video content is background removal. Removing the background from a video without affecting the appearance of the subject has been a challenge for decades. The go-to technique was to use green screens.

Generally speaking, the green screen technique works like a charm. But there are drawbacks. For one thing, green is essentially off-limits for clothing and props on screen since it’s the specific color being removed from the image. For instance, if an actor is wearing a green necktie, it will disappear along with the background. If you add in a starry sky, his tie will be “see-through.” It’s an effect you might want for a music video or some other kind of artistically-driven project, but not for commercials or normal narrative content.

There’s also the matter of planning ahead and finding the appropriate space to shoot a scene with green screen. Traditional green screen involves as much effort in production as it does in post-production.

The good news is there’s now a way to achieve the same effect but without all the planning and prep. In other words, you can shoot footage almost anywhere, decide later that you want a different background, and then opt to remove and replace the existing background, all through editing software. It makes the process so much easier than it was beforehand.

Here’s how to easily remove background from video:

The first step is to shoot the video to generate footage to be edited later. When it comes to footage in which the background will be removed and replaced, do your best to light your scene so the subject is either lighter or darker than the rest of the image. This is something you should be doing anyway to avoid your image looking flat. But it will also help make the edited video look cleaner and more convincing.

Take the video clips from your phone or camera and transfer them to a laptop or desktop computer. Create labeled folders to keep things organized. The last thing you want is to spend hours sifting through hundreds of clips to find the one you need.

Most editing software has what you need to remove background from videos. It’s often found in the effects category. A green screen video editor tool can also be opened through cloud-based editing software available online. This makes it easy to use on the go.

There should be self-explanatory prompts that ask you to import the video clip. Follow the instructions until the clip appears in the editing window.

Use your mouse cursor to select the subject or subjects to be kept in the final image. At that point, A.I. will identify the areas that need to be removed. Sit back and watch as the background is wiped away, leaving a checkerboard pattern behind. From there, you can add the background you want. Pretty cool, huh?

Filmmaking and video editing have come a long way in recent decades. What once took a small army to achieve now takes little more than a laptop and an iPhone. Who knows what’s next?

Michael Driver is a freelance writer from Texas. When not writing to pay the bills, he loves covering topics related to history, movies, and sports. Michael can be reached at ReddishRaddish87@gmail.com

7 Inspiring Quotes to Help You Live A Full And Mindful...

4 Tips How to Start Your Business to Make it Successful