It’s a small device. You make use of it every single day. And it doesn’t create waste while you use it. So, you’d be forgiven for thinking that your smartphone doesn’t have much of a carbon footprint. But what if we told you that its impact is much more than meets the eye 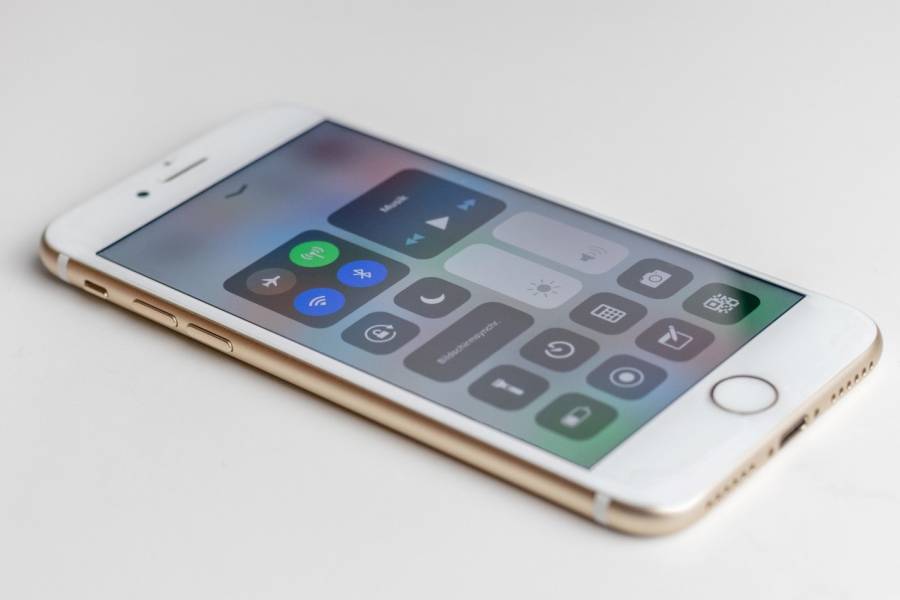 Also in the UK, a recent campaign called Check Your Drawers by giffgaff discovered that there are approximately 55 million unused smartphones sitting in a drawer. Which is essentially equal to one per person that owns a smartphone.

Why does this matter? Well, for a device that contains up to 30 precious elements, including gold, silver, copper, and platinum, this is a huge waste of materials that could potentially be reused and repurposed – and that are at risk of running out. But it’s not just the waste of these materials that’s an issue – it’s the use of them in the first place.

Smartphone Production Has A Lot to Answer For

When it comes to producing a smartphone, approximately 85-95% of its carbon footprint comes at the production stage. And this is all down to those precious elements used as well as the phenomenal power needed to create the device itself.

So, with the tech industry’s need to sell better, newer and more exciting phones, and consumers’ appetites for getting their hands on them, the increasing rate of production has a lot to answer for. To put this into perspective, we’ll look to The Restart Project, an initiative that encourages people to use their electronics for longer in order to reduce waste.

Using A Smartphone Contributes to Its Footprint, Too

Production aside, the actual use of a smartphone contributes to its carbon footprint. Research by Lovefone found that the average smartphone uses more electricity than a fridge, even though the power used to charge it is relatively small. And that’s all down to the infrastructure used to power smartphones which includes servers, air-conditioning and the power used to run the infrastructure of phone networks.

While a smartphone’s usage makes up as little as 5-15% of its carbon footprint, it isn’t to be underestimated. According to Lovefone, “A one-minute mobile-to-mobile chat produces 57g of CO2, which is about the same as an apple or a large gulp of beer… If you talk on the phone for an hour a day, that then rockets up to 1250kg. That’s the equivalent of flying from London to New York.”

How to Reduce the Carbon Footprint of Your Smartphone

It’s not all doom and gloom, though. With the current spotlight on the environment and finding better solutions for production, consumption and waste, the smartphone industry has been made accountable. So, whether you take action yourself or want to find a sustainable solution, here are our top 4 ideas to reduce your phone’s carbon footprint.

We touched on this briefly already, but a simple way to minimise the carbon footprint of your existing smartphone is simply to keep using it. If your phone is still in a great condition when your upgrade comes around, then it might be worth going SIM-only until you feel the time is right. You’ll not only be doing your bit for the environment, but you’ll save some cash, too.

If you do think it’s time to part with your phone, knowing how to recycle it could be the difference between your phone sitting in a drawer and potentially being reused. And if it’s not in a good enough condition to be reused, its materials could at least be utilised. Electronics recycling service Reconome is a good place to start.

And if you don’t want to go brand new (props to you), choosing a refurbished phone could be the way to go. A move on from secondhand phones which have been used and sold on in their current condition, refurbished phones are professionally restored to an ‘as good as new’ condition, making them perfectly usable and more likely to last. Make sure you go with a reputable seller, though, so that you’re covered just in case.

Like the rise of Netflix for TV and Care by Volvo for cars, the necessity of physically owning a product is becoming less desirable as time goes on. Especially because as consumers we all want to save money. So, what if we told you that by leasing a smartphone rather than paying to own it, you’d be saving money while helping the environment?

London-based tech startup Raylo is the go-to for smartphone leasing. Offering low monthly prices for the latest smartphones along with a mission to make the smartphone industry more sustainable, Raylo offers phone ‘subscriptions’ for 12 or 24 months. At the end of which they will collect a used phone back from a customer, refurbish it and make sure it lands in another pair of hands. That’s one way to keep those precious materials in use for longer. And we’re all for it.

12 Of The Biggest Brand Product Fails

7 of the Best Shopify Apps for Ecommerce

How to Motivate Yourself By Being A Passenger While Playing Flappy...