Brittany Kaiser, Co-Founder at Own Your Data Foundation, #OwnYourData campaign, and DATA (the Digital Asset Trade Association) and citiesabc founder Dinis Guarda are two experts concerned about digital identity and data privacy. And in this latest series interviews for citiesabc, both digital savvy speak in-depth about the challenges of today’s digitization on people’s identity and how data has become the “gold” of our times. Brittany Kaiser worked at Cambridge Analytica during the Facebook–Cambridge Analytica data scandal and has since focused on helping governments, businesses and people (through her own initiatives) to create a more transparent and fair use of private data.

“I believe that having a conversation about data and privacy rights are one of the most important that we could be having in the times of crisis like this when rights and fundamental freedoms are being threatened around the world.” Brittany Kaiser defines herself as a data activist which aims to protect people’s data and privacy. And that is not an easy quest.

Data has been described as the new oil by media and experts all around the world. Specially important from the business perspective is customer data.. From consumer behavior to predictive analytics, companies regularly capture, store and analyze large amounts of data on their consumer base every day. Some companies have even built an entire business model around consumer data, whether they create targeted ads or sell to a third party. Customer data is big business.

This has given way to a new industry based on gathering, analysing and even trading private data from millions of users. This billion-worth industry is dominated by giant tech companies, especially Facebook, Google or Amazon, which then use that data to improve customer experience; to refine marketing strategy; to turn data into cash flow and to use data to, in fact, secure data.

This indiscriminate use of private data has raised some controversies in recent years. These companies are nonetheless profiting off of users’ digital identities, trading with private information and doing so without being transparent about their activities. But now people seem to have awakened and are starting to demand more transparency while standing up for their rights. Brittany Kaiser is one of those people fighting for a fairer and more democratised use of private data. And, as she told us, everything starts with education.

“I definitely think that one of the biggest problems when protecting our data rights is the lack of digital literacy around the world. Most of us grew up taking basic computer class. We weren’t told basic cybersecurity measures like avoiding creating a password based on our birthday. Lest of all, we weren’t told that every single thing that we do when we use a computer is recorded and then sold and traded to different organizations all around the world without our explicit informed consent. So the education system needs to change in order to solve all these system problems. That is why I started the “Own Your Data” foundation last year, to promote digital literacy and education through the Digital Intelligence Quotient (DQ) standard.”

Academically speaking, Digital Intelligence is the sum of social, emotional, and cognitive abilities that enable individuals to face the challenges and adapt to the demands of life in the digital world. In summary, an emerging intelligence fostered by human interaction with Information Technology. The DQ was first introduced by The Coalition for Digital Intelligence (CDI) on September 26, 2018. This movement is a cross-sector cooperative network of organizations from around the world that aims to improve global digital intelligence by coordinating efforts across educational and technology communities through multi-stakeholder collaborations. It was formed by the Organization for Economic Cooperation and Development (OECD), the IEEE Standards Association, and the DQ Institute in association with the World Economic Forum and launched.

But we are still far from that point where most of the people are really aware of asking the right questions about privacy and data protection. For now, the situation is quite different and private companies still dominate the data industry. “My former CEO at Cambridge Analytica, Alexander Nix, used to describe data collection as an arms race and that whoever was able to collect more data from more people and analyze it in a faster and more accurate way was going to be more powerful than the other companies and countries. And this continues today. So that means that most of the world still has not given individuals their data rights and countries haven’t been able to provide a framework or regulation to avoid people’s data to be collected, surveyed, traced, etc just yet.”

Brittany Kaiser is an American former business development director for Cambridge Analytica which collapsed after details of its misuse of Facebook data were revealed to have potentially impacted voting in the UK Brexit referendum and the 2016 U.S. presidential election. Kaiser testified about her involvement in the work of Cambridge Analytica before the UK Parliament and in private before the Mueller Investigation.

Since then, she is committed to fight that kind of behaviour from these companies and all their initiatives are towards the same objective: protect people’s personal data. She is also wary about the current COVID-19 crisis from a data-rights perspective. “Due to the current crisis, we are being told by companies and governments that we are under global scrutiny for the way they use our data. We are even saying governments teaming up with tech companies like Facebook or Google in order to save from getting coronavirus and to save lives around the world, so we should be given up all our data rights. There are a few fundamental assumptions here that I think are very flawed. They tell us they are going to trace every single one of us to track down if we have been in touch with someone infected. The idea of enabling this surveillance state is going to protect us has no evidence behind it. There is no single one scientific evidence that corroborates that assumption. And I am a big fan of AI and technology to drive solutions to humanity but I do not think that this particular application is actually helpful. It sounds like an excuse to me.

But as a data activist, “I see the positive side of this when I see that data rights are headline news every single day and we are starting to see technologists and scientifics thinking about social impact as they can use solutions to help solve problems and even to solve this pandemic right now. This is a fundamental conversation that is going on between governments and companies about what data are we willing to give up, what data are we going to protect and how that data is going to be used to protect ourselves collectively without giving away our rights.”

She is an international law, diplomacy and data-driven campaigning professional with significant global experience. “My work involves developing successful strategies for politicians, governments, and corporations to achieve their goals using cutting edge technology. Currently focused on legislative reform for digital assets such as personal data and tokens on the blockchain,” Brittany said.

Her latest initiatives are the Own Your Data Foundation, a non-profit foundation that is implementing programs that democratize digital intelligence education and create measurable social impact. She is also the Co-Founder of the Digital Asset Trade Association (DATA), a non-profit lobbying firm advancing legislative reform protecting the rights of individuals to control their own digital assets.

Brittany Kaiser can be found working on Own your data foundation, on her Wikipedia page if you want to know more about her,  and on social media on Twitter and Facebook. 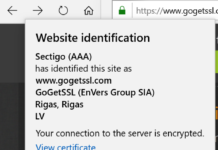 How do you find the SSL Certificate on your browser? 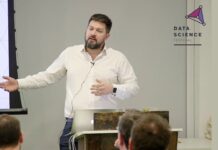 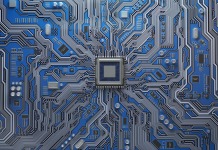 How technology can improve our living standards

3 Reasons To Invest In A Garden Shed

How Blockchain Can Make Identification Borderless and Immutable

One On One Learning – 6 Big Benefits Of Tutoring 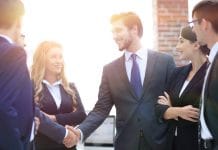 How Can A Staffing Agency Meet Your Business Needs?

Good and Bad Innovation: An Overview Of The Ethics Of...

ABOUT US
IntelligentHQ.com digital, innovation social business network that provides intelligence, education for professionals businesses startups and Universities. IntelligentHQ.com is a platform that provides digital business insights, growth, executive education and change through the social media innovation lens to business - both startups and corporations.
contact us: intelligenthq@ztudium.com
FOLLOW US