The Daily Routines of Geniuses. Intelligenthq

Every wondered how a genius gets through life? How do geniuses do it? How did Einstein put together the theory of relativity? What were the things that he did to get to the point that he was able to crank out such wisdom and share it with the world? Well, according to Sarah Green (2014) of the Harvard Business Review, they have routines, and in fact these routines are not nice to have luxuries. Rather, they are essential in the process of getting stuff done.

Sarah Green (2014) was inspired by the book of Mason Curry, “Daily Rituals: How Artists Work”. As Green explains, the book looks at the daily activities of more than 150 different composers, writers and artists, in addition to scientists, philosophers and other renowned thinkers. As Green read, she understood that routines were critical to the success of these exceptional individuals. As Green explains:

“I began to notice several common elements in the lives of the healthier geniuses that allowed them to pursue the luxury of a productivity enhancing routine”.

In doing this she ruled out those that focused on drugs and alcohol to fuel their success and focused on those with discipline. From this she was able to develop a list of recommendations for people that want to work like geniuses do. There are seven recommendations in total:

1. Minimise workplace distractions – geniuses know that they need a workplace where they can truly concentrate on what they are doing without disturbance. Jane Austin and Mark Twain both had quite different techniques to avoid being disturbed, but nonetheless they both had these tactics in place. This allowed them to really focus on what they needed to do and to write outstanding works of fiction that we continue to enjoy today.

2. Get out for a walk on a daily basis – looking again at authors, Green points out that Charles Dickens swore by three hour walks every day, while Tchaikovskyneeded a little less, getting by with just two hours of daily walking. Beethoven is also purported to have enjoyed an after lunch walk, on which he took pencil and paper to jot down notes of his inspirational thoughts along the way.

The daily routines of geniuses: 7 traits

3.Goal setting – geniuses, argue Green, will commonly set themselves goals that they focus on every day. In the case of writers this is particularly noticeable with both Anthony Trollope and Ernest Hemingway setting themselves word counts of numbers of words that they needed to write each day. In fact, Trollope is said to have only worked for just three hours a day, but in that time he would churn out 250 words every 15 minutes. Meanwhile Ernest Hemingway did not so much set goals but tracked progress in terms of words.

4.Separation of busy work and important work – geniuses tended to separate out the day between their most important work, which might have been writing or experimenting or other genius like activity, and other work, which may have been tasks such as answering letters or other more mundane tasks that still needed to be completed. In many cases, Green noted that geniuses would focus on their busywork when they were having less productive moments in their genius work. This is clearly a productive and useful way of working to be able to get all the necessary tasks done.

5. Stopping on a high – one pattern that Green noted in the daily routines of geniuses was that they wouldn’t stop when they hit a difficult moment. Rather they would plough through that issue and instead stop when they were “on a roll”. This might mean that they would work very long hours at some points. Green quotes Mozart who was an exception to this rule, while other geniuses made sure there was time for rest and dealing with the busy work in the day, as well as doing their genius work.

6.Supportive partners – many of the geniuses that Green reviewed could be seen to have supportive partners that helped them get through their daily lives. From putting toothpaste on their partners’ toothbrushes (Freud’s wife), to bribing the neighbours to keep their dogs quiet while their genius partner was working (Gustav Mahler’s wife), many had the loyal support of a solid partner. 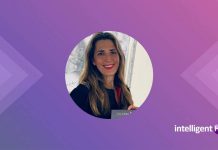 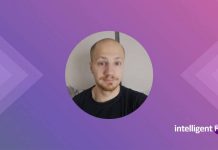 Facebook Study Finds Princeton matters as much as Myspace!