The World Identity Network (WIN), the United Nations Office for Project Services (UNOPS) and the United Nations Office of Information and Communications Technology (UN-OICT) are partnering to launch a pilot initiative that will use  blockchain technology to help combat child trafficking.This pioneering project is part of a broader effort titled “Blockchain For Humanity”, announced during the Humanitarian Blockchain Summit in New York on November 10, 2017.

According to UN’s statistics, nearly half of the world’s children under the age of five do not possess a birth certificate. The global estimates for children under the age of 14 exceed 600 million children worldwide and the vast majority of them live in the world’s poorest countries. These children are literally “invisible” to governments or the development agencies that design and deliver social programs.

Talking about the pilot initiative, Dr. Mariana Dahan, co-founder and CEO of WIN says: “Invisible children are children at risk,” pointing to the numerous dangers faced by undocumented children and minors. She says:

“Several developing countries are actively looking at more efficient ways to prevent child trafficking. Identification is always at the heart of the solution.”

Undocumented children and minors are easy prey for human traffickers, who often use fake identification documents to transport them across borders. Once trafficked, these children and minors are sold to brothels, caught in modern slavery rings, and even used for the illegal human organ trade. This affects both girls and boys, but young women and girls are targeted most often. With powerful new technologies and solutions, such as digital identity on the blockchain, there is now a significantly higher chance of catching traffickers and securing data on an immutable ledger, further making any such trafficking attempts more traceable and preventable.

The results of such initiatives could contribute to the work of a number of UN agencies. Yannick Glemarec, UN Assistant Secretary-General, and UN Women Deputy Executive Director says:

“Child trafficking is one of the greatest human rights abuses. Leveraging blockchain technology offers potentially powerful solutions to address this serious challenge and save the lives of millions of children.”

Yoshiyuki Yamamoto, Special Advisor for UN Engagement and Blockchain Technology, described this initiative as one of the most impactful applications of distributed ledger technologies:

“We’re particularly excited about this innovative pilot initiative since child trafficking is one of the worst example of a crime against humanity. Leveraging blockchain technology for the social good is something that the international community is striving for and we’re delighted to partner with WIN on this critical initiative.”

Since its launch this past summer, at the Blockchain Summit curated by Sir Richard Branson on Necker Island, WIN has been approached by multiple agencies and governments, who want to use blockchain-enabled applications for the social good. One of them is Moldova– the poorest country in Europe – which has been trying to stop child trafficking for decades and has now come to realize the possibilities offered by the blockchain technology. Other neighbouring countries, with a similarly high prevalence of trafficking in human beings, such Ukraine, for instance, have also expressed strong interest in piloting such a project.

The partners seek increased collaboration with private sector companies, civil society, NGOs, academia, and other stakeholders who would like to be involved and contribute to this cause. With that i the partners are launching a  Global Challenge that looks for the best ideas and expertise in using the blockchain technology for humanitarian purposes, such as fighting child trafficking.

The terms of the Challenge also require to properly identify and address concerns over the privacy of the data and the frameworks needed to be in place for digital identity management. The submissions by interested parties can be made online, through the UNITE Ideas platform:  http://bit.ly/Blockchain4Humanity

Speaking on the opportunity of this Global Challenge, Salem Avan, UN-OICT Director of Global Services Division, says: “The blockchain community has the opportunity to become an invaluable resource to the United Nations and our partners for innovative, high-impact applications that can accelerate our humanitarian response.”

EXPECTED OUTCOME
The Global Challenge will result in a detailed concept and project design that could be further enhanced and used by the Government of Moldova for project implementation. However, the concept should be scalable and applicable to other contexts as well, including other countries around the world, where the prevalence of child trafficking is high.

RECOGNITION
The winner of the challenge will:

The winner of the Global Challenge is not automatically guaranteed award of contract for project implementation, nor investment or grants from potential donors.

AUDIENCE
This challenge is open to the general public, public, private, and academic organizations.The challenge is: How can Blockchain Technology Be Used to Help Prevent Child Trafficking in Moldova?

The task is to propose a detailed project concept and functional design of the solution that would encompass the following sub-components:

1.Establishing a Personal Digital Identity for Children
Undocumented children and minors can become an easy prey for human traffickers, who often use fake identification (ID) documents to transport them across borders. Once trafficked, these children and minors are sold to sex brothels, caught in modern slavery rings, and even used for the illegal human organ trade. Digital identity on the blockchain may offer a significantly higher chance of catching traffickers and securing data on an immutable ledger, further making any such trafficking attempts more traceable and preventable.
However, concerns over the privacy of the identity data stored should be identified and clarified, along with proposed ways of addressing them. The proposed solution should allow establishing a unique, secure, digital identity for children and minors aged 0-14 y/o (pilot size: approx. 350,000 children, with modalities of linking children’s personal identity to that of their family members.

2. Setting up a Blockchain Platform for The Integrated ID System
Setting up a solution that would allow securing identity data on the blockchain, making an immutable record of the actual, or attempted exit with a minor without parents’ permission outside the borders of Moldova.

The integrated ID system may cover the total population (size: 3,500,000 people) or a subset of it, and the choice between these two options should be explained and justified. Issues such as “the right to be forgotten” and the self-sovereign control of data should also be addressed in the proposed solution.

3. Automating communication
Potential or actual victims of trafficking are often times isolated and lack support and help in critical circumstances. However, traditional communication tools, such as direct contact with a social worker, for example, may not function in this context. Setting up a solution that would allow the use of artificial intelligence (AI) tools, for instance, could help recognize and detect patterns of behaviour and automate communication with the victims.

EXPECTED DELIVERABLES
Submission must include the following materials:

1. Detailed concept design and documentation describing the functionalities and explanation of the approach taken to solve the Challenge and the proposed solution.
2. Demonstration systems, prototypes, or videos illustrating the functionality described. (you must provide a link to the source code of any demonstration material you submit).
If you decide to submit a solution, you will do so by providing Internet links where your documentation, software, demos and any material will be stored, which shall be marked and accompanied by creative common and recognized open source software licenses, and shall be visible and accessible to the general public. You will be asked to accept the terms and conditions below: 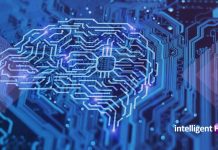 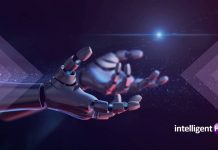 Redesigning AI: Improvising With The Dynamics Of Humanitarian Innovation

How to Upgrade Outdated Exchange Server to the Latest CU?

Relocating Your Children to Another County in Florida

The Pandemic: Can’t Anybody Here Play This Game? By Randall Bolten