After having attained the position of the best financial asset of the decade, bitcoin has not only aroused passion and curiosity among the people but has also generated lots of media attention. Whenever the price goes up, it brings about many doubts and questions about the token. One of such questions is how much energy does bitcoin consumes. Really, the energy expenditure by bitcoin miners is huge, and the University of Cambridge’s online tool estimates Bitcoin’s annual electricity consumption to be more than the Netherlands, United Arab Emirates, and Argentina.

But this issue of additional energy use by bitcoin, are there any benefits attached to it? Where does the energy come from and why need so much energy for bitcoin mining. All these questions will be answered as you continue to read this post. You will also learn how and where you can purchase your bitcoin if you are ready to invest in the leading cryptocurrency. 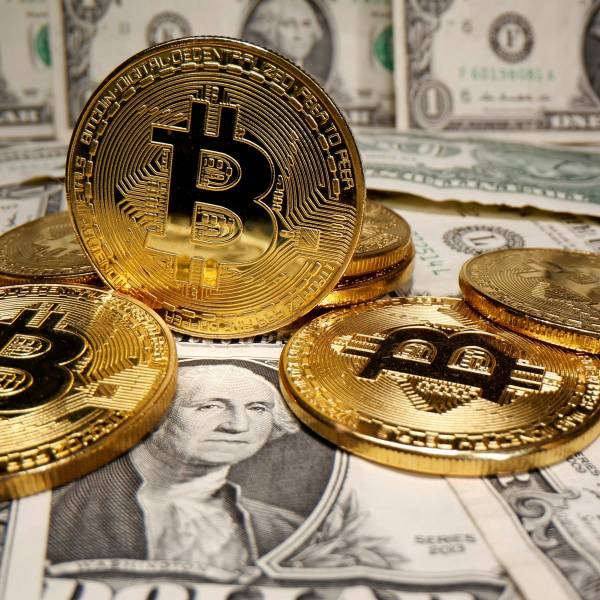 We have all heard about how energy-hungry bitcoin mining is but most people often get confused as to why BTC mining requires so much energy. Well, when people talk about mining bitcoin, what are talking about is updating the ledger of bitcoin transaction, which is also known as the blockchain.

Mining requires that the miners solve numerical puzzles which have a 64-digit hexadecimal solution referred to as “hash”. This is a rewarding process and that is why more people are going into it. They are being rewarded with bitcoins, but only if they arrive at the solution before others. So, it’s no brainer why more bitcoin mining facilities are daily springing up in different parts of the world.

These bitcoin mining facilities make it easy for miners to scale up the number of hashes they are able to produce per second – known as their hashrate. However, the more hashrates generated by a facility, the greater the amount of energy consumed. This can even cause an overload on local infrastructure.

If bitcoin were to be a country, it would rank 29th out of a theoretical 196 when it comes to energy consumption, consuming more energy than Norway. On the 18th of March, 2021, the annual consumption of the bitcoin network was estimated to be 129 terawatt-hours (TWh). This is a value exceeding the amount consumed by countries such as Argentina (121TWh), Norway (124TWh), the Netherlands (108TWh), etc.

Where Does This Energy Come From?

Wondering where all this energy comes from? A report released by the University of Cambridge in 2020 has researchers report that more than 70% of cryptominers depend on some degree of renewable energy to power their operations. But looking at the total energy consumption for cryptomining, only about 39% of the energy comes from a renewable source. But there have been some active steps to improve this.

The most common source of energy for cryptominers across the globe is hydroelectricity, and it is used by more than 60% of them across all four regions. This is followed by natural gas and then coal.

Coal energy plays a major role in the Asia-Pacific region. In this area, coal is the only source of energy that comes close to hydroelectricity when it comes to usage. This can be particularly attributed to China, which is currently the world’s largest consumer of coal. The researchers stated in the University of Cambridge report that this didn’t come as a surprise. The strategy of the Chinese government to ensure energy self-sufficiency has resulted in an oversupply of both hydroelectric and coal power plants.

To be more specific, 60% of global mining happens in China, where Sichuan alone produces 50% of the global hashrate, with the remaining 10% divided more or less evenly among Xinjiang provinces, Yunnan, and Mongolia. This region of the world is able to scale high in cryptomining because of the high availability of hydroelectricity in the area. During the rainy season, electricity prices in Sichuan is the lowest in the world, making the region one of the most attractive global mining regions available.

Bitcoin Uses Energy That Would Have Otherwise Been Wasted

Although most bitcoin critics are right about the fact that cryptomining is energy-demanding, they failed to realize that most of the time, the operations are done using energy that would have been otherwise wasted. For instance, the oil and gas fields use their excess energy to mine bitcoin.

This is a great way to make value out of natural gas that was going to be flared, thereby giving it economic use. In the process, bitcoin reduces the carbon footprint by making use of previously wasted electrical power.

The same thing is also applicable to hydropower. Taking the case of Sichuan in China as an example, the miners in the region take advantage of the excess power in the region to do their mining operations. They utilize the energy produced by electricity generation overcapacity in the area.

Like any other technology, bitcoin, of course, utilize electrical power. However, there is a need to do the cost-benefit analysis of the cryptocurrency to be able to assess how the technology is revolutionizing the global finance sector against its power consumption.

Bitcoin is not the only technology that is power-reliant, there are also some other technologies like the information technology industry but are allowed to thrive due to the benefits they have brought to mankind.

Even though more than a billion people use the internet for their day-to-day activities, thereby causing high power usage, the numerous benefits the internet has brought to people across the globe are not making anyone talk about them. The same way, we should scrutinize the benefits of blockchain technology upon which bitcoin is based to conclude if its energy consumption is a course or blessing.

While still evolving, one of the greatest benefits of blockchain technology is providing more privacy in the global finance sector. Transactions done using bitcoin provide more privacy. You can’t know the details of the transactions or track them back. They are more like cash-only purchases. This comes as a great solution, especially during this time that online privacy is taking the center stage in the modern technology era.

Before now, wire transfers and foreign purchases usually come with huge fees and exchange costs. But because bitcoin transactions do not have any intermediary involvement or government institution, it makes it possible to have transactions done at very low costs.

With bitcoin, users can receive and send the token using only their computer or smartphone. That way, it comes as an easier alternative for people who have no access to the traditional banking system, credit cards, or other methods of payment.

Considering all these amazing benefits, it is obvious that the economic benefits of bitcoin outweigh its power consumption and could hence be called a blessing instead of a curse.

Want to know more about bitcoin and how to buy and invest in the crypto as it is daily taking the top position among several cryptocurrencies available today? Use Anycoin Direct. Registration is very easy and fast, and you can purchase your bitcoin without any problem or delay.

Careers in Therapy – Working as a Counsellor

How the Blockchain Technology Is Becoming a Part of Our Lives