Creating a viable and functioning company from scratch in any sector is a stern challenge of anyone’s skills and ingenuity regardless of age or experience. Plus, you could argue that the difference between success and failure as a startup business has a lot to do with luck. However, there are some common reasons why some small companies fail to get off the ground.

Here’s a look at some of those pitfalls:

1 – Borrowing too much money

Creating financial flexibility can be an enormous advantage for a small and fledgling company but taking on too much debt too early in a development process can saddle a startup with a serious burden.

There might always be a temptation for ambitious directors of a small company to free up as much cash as they can but profligacy in this context has a tendency to be punished very harshly indeed. Even in a situation in which a company succeeds in generating rapid growth at an early stage, there are real risks in taking on significant debts.

There are instances in which a certain level of freshness and inexperience can work in the favour of anyone involved in starting up a new company. For example, it might help a pair of directors maintain a sense of optimism as they work increasingly hard to get their ideas off the ground.

However, on the other side of the equation, there remains no substitute for experience and sometimes startup creators find themselves making a few too many mistakes as they look to make early progress in developing their businesses.

3 – Too much or too little help

In all likelihood, the early days in the development of a startup company will involve plenty of man hours being put in by a small number of dedicated entrepreneurs or inventors. In a sense, that is what people sign up for when they take on the challenge of creating a company of their own and trying to build it from the ground up.

But learning how to delegate and where to get support in important ways early on is an essential skill for small business men and women in any sector. A refusal to accept or seek help at key moments can in fact prove to be very damaging to a startup’s progress and it can even make the difference between success and failure.

Equally, however, there is danger too in taking on too many employees at an early stage before your business is really ready. People management and the process of hiring is in many ways key to successfully taking a company from being a startup to fully-fledged small business status. The transition can be very tricky and getting the balance right between prudence and optimism can be absolutely crucial.

The act of ‘going for it’ represents a key moment for all entrepreneurs and for anyone involved at the founding stage of a startup company. Of course, a sense of drive and ambition are vital prerequisites for success in this regard but so too is careful preparation and consideration of as many potential problems as possible.

You will no doubt learn something you didn’t know about your market, your business and your target customers every day as you start trying to turn your business ambitions into a reality. But you can help avoid some of the nastiest surprises that might lie in store by covering the hard yards of meticulous preparation.

Luck may well play a part in taking a startup from inception to stability but you might also find that the harder you work the luckier you become. The trick though, as ever, is finding ways to work smart and to avoid the pitfalls that bring down so many startup companies every year around the world. There is no secret recipe for staying the course but with a few of the right ingredients you can significantly improve your chances of success.

Mark joined the Begbies Traynor Group at the creation of Red Flag Alert and is now in his 10th year with the business. Mark is a sales professional and has enjoyed a varied career in sales and marketing. He is a fellow of the Institute of Sales and Marketing, having previously worked in financial services across a range of divisions including both personal and corporate finance and treasury services for a major bank. 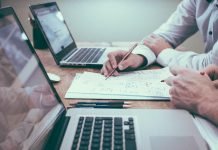 How to Choose the Right eCommerce Business Model for Your Startup

Penta A Team of Artists, Engineers, Geeks Launching a Bank for...

FinoTrend Review: The Best Platform for Futures and Share Trading on...