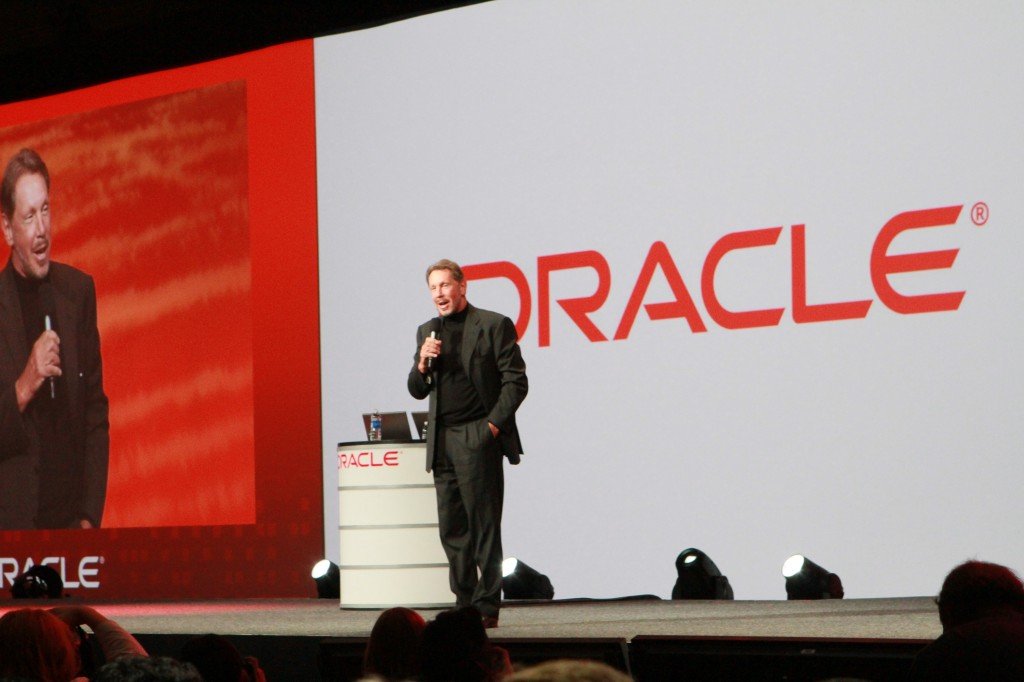 Who says software companies are not competitive and above taking the occasional sideswipe. On Thursday, Oracle issued a press release, in which declared itself to be the second-largest software company globally, overtaking IBM… at IBM’s expense. It stated this is due to IBM’s declining revenue. IBM has found itself in a situation where hardware and software revenues have been in decline. Oracle appeared to be gloating as it pointed out this fact in a press release issued by its vice president of corporate communications:

Given IBM’s recently announced quarterly results, we would like to take this opportunity to point out that Oracle’s software business has been growing faster than IBM’s software business and now Oracle has moved up to become the number 2 software company in the world while IBM has slipped to number 3.

Oracle’s President and CFO Safra Catz declared, “We will continue to develop innovative software products and related cloud services in pursuit of becoming number one”.

You would be forgiven for forgetting that Microsoft is in fact the world’s number one software company, based on revenue of approximately US$78 billion. That omission is what makes this statement a little amusing, also Nomura’s Rick Sherland, last week issued a research note that examined Oracle’s performance. It turns out if it weren’t for acquisitions, Oracle’s revenue from new software contracts actually declined to about 1%.

Oracle would have to do a lot of selling to match Microsoft. Zeus Kerravala, principal analyst at ZK Research speaking to NewsFactor said referring to the figures, “When you look at how close Oracle and IBM are now, you could argue that both companies are number two,” he said. “The big thing is both companies are still number two to Microsoft”.

Microsoft has been busy selling its various enterprise and consumer software products including the much maligned Windows 8 and earned US$61 billion. IBM has admitted it has had a hard third-quarter. The company has fallen short in revenue dropping 4% to US$23.72 billion. The decline could be blamed on its hardware unit. Software sales only grew by 1% compared to 25% just last year.

Below is the full press release which could actually be interpreted as a direct “diss”:

Given IBM’s recently announced quarterly results, we would like to take this opportunity to point out that Oracle’s software business has been growing faster than IBM’s software business and now Oracle has moved up to become the number 2 software company in the world while IBM has slipped to number 3. Over IBM’s last four quarters, they reported software revenue totaling $25.7 Billion, while during Oracle’s last 4 quarters, we reported software revenue totaling $ 27.8 Billion.

“We will continue to develop innovative software products and related cloud services in pursuit of becoming number one,” said Oracle President and CFO Safra Catz

The Development Of Period-Management Technology…

Software Artifacts, Repository Managers, and Container Registries – The Cornerstones of...

Employee Boost: How to Keep them Productive Without a Raise